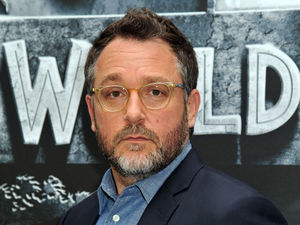 Colin Trevorrow is a film director, known for writing and directing Jurassic World.

Trevorrow was born in San Francisco, California. He was raised in Oakland, California, and graduated from New York University's Tisch School of the Arts in 1999.

In 2002, he wrote and directed his first short film, Home Base; as of 2012, it had received over 20 million hits online.[5] Trevorrow also directed Reality Show, a 2004 documentary film about the failed production of a reality television show.[6] He continued working as a screenwriter, selling his first spec script titled Tester to DreamWorks in 2006. In 2008, he paired up with Derek Connolly, ten years after they had first met as NYU students while working as interns on Saturday Night Live, to write a buddy cop film script called Cocked and Loaded. Trevorrow said that the experience was so enjoyable that he decided to give up solo screenwriting and work with Connolly.[7]

In 2012, Trevorrow directed Safety Not Guaranteed,[8] a film inspired by a classified ad which ran in a 1997 issue of Backwoods Home Magazine that read: "Wanted: Someone to go back in time with me. This is not a joke. Must bring your own weapons. I have only done this once before. Safety Not Guaranteed."[9] The script was by Connolly, who intended for Trevorrow to direct it.[9] The film received various accolades, including a nomination for Trevorrow for the Independent Spirit Award for Best First Feature.[5]

After the release of Safety Not Guaranteed, Trevorrow and Connolly were hired by the Walt Disney Company to write a remake of the film Flight of the Navigator (1986);[10] this announcement came after rumors that Trevorrow would be directing Star Wars Episode VII.[11]

In 2015, Trevorrow directed The Book of Henry, which was written by Gregg Hurwitz and began filming in September 2015.[14] Trevorrow is attached to direct Intelligent Life, a science fiction thriller that he wrote with Connolly prior to joining the Jurassic World production. Big Beach will produce the film.[10][15] Trevorrow and Connolly will write the screenplay for a Jurassic World sequel, scheduled for a 2018 release. Trevorrow will co-executive produce the film alongside Steven Spielberg.

Trevorrow lives with his wife and two children in Vermont. He has Sephardic Jewish ancestry through his grandmother.